Everything You Need to Know to Treat Your Toenail Fungus

Our feet are one of the few areas of our bodies that we may often overlook. After all, when your feet are stowed away in your socks or shoes all day, you might only really see them when you go to bathe or kick back after a long day. One common issue that many people face is toenail fungus. But while this condition might be common, not everyone knows what fungal toenails look like, what causes them, or even how to treat them.

If you believe that you have fungal toenails, here’s everything you need to know to successfully treat your toenail fungus.

What Is Toenail Fungus?

Toenail fungus is a common condition that impacts at least one in ten people. Fungal nail infections describe the condition in which the toenail begins to become discolored, brittle, thick, or even break off in several places. Most fungal infections are non-painful. However, some can be painful, and these infections can do a great deal of damage to your nails in the process, especially if it’s allowed to spread to other toes along the way.

What Are the Symptoms of Toenail Fungus?

The difficulty with spotting fungal toenails is that you might not always be aware that there’s an issue at first. Most fungal infections start with a small spot of discoloration underneath the nail that’s either yellow or white. However, once it begins to spread, the change will become quite clear. Some of the symptoms that become quite apparent if you have toenail fungus are:

Overall, the symptoms of toenail fungus are quite recognizable. If you have any or all of the above, you likely have a fungal infection.

What causes toenail fungus? If you already have a fungal infection, you might be looking to avoid potentially spreading it to other nails or getting it again once your current infection clears up (although there is a higher likelihood for fungal infections to come back once they’ve already happened). Some of the risk factors that lead to fungal infections of the toes include:

Some of these risk factors may be unavoidable, but others can be navigated with caution to reduce your risk of dealing with toenail fungus in the future. 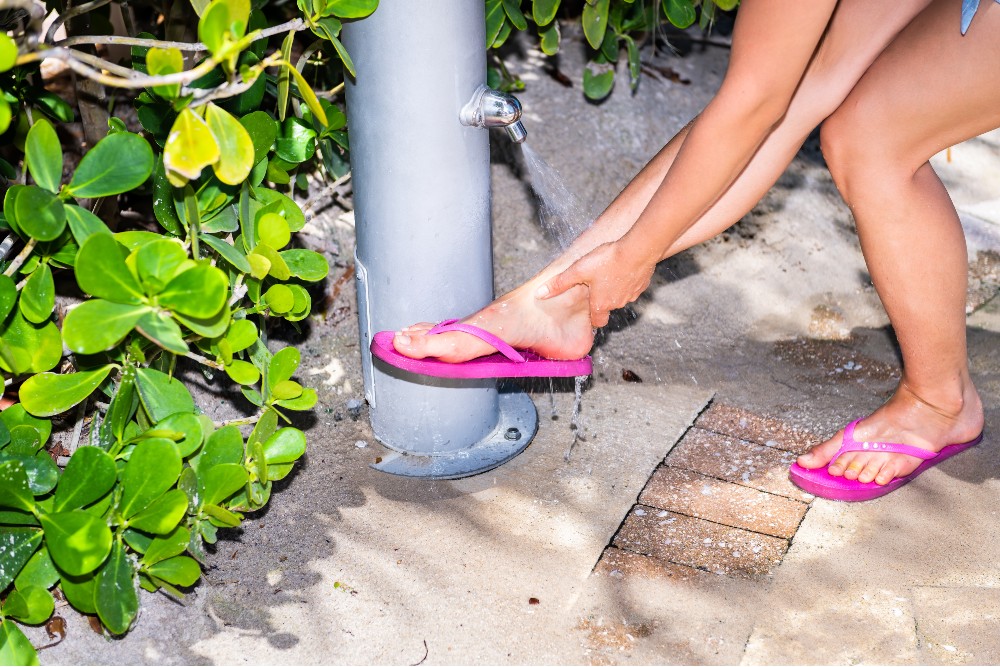 Taking the proper preventative measures can be the best way to reduce the chances that you experience future fungal infections. Here are a few tips that will help you focus on prevention moving forward.

As long as you observe all of the above, you should be able to greatly reduce your risk of dealing with toenail fungus.

There are several forms of treatment that you can use to address toenail fungus. Let’s take a closer look at some options we have at your disposal.

Genesis Laser Treatment is designed for those with fungal toenails that could not be treated with oral or topical medications. This form of treatment employs a 1064 nm laser to the fungus underneath the nail, irradiating with little discomfort over an average of three treatment sessions.

Lunula Laser Treatment is similar to Genesis Laser Treatment, using a pain-free, non-thermal, FDA-cleared laster across four, 12-minute sessions to effectively treat toenail fungus. An additional one to two sessions may be required for those with severe cases.

Are you ready to turn your toenail fungus around? Are you ready to show your feet to the world and feel more confident? Do you want to get rid of discoloration, pain, odor, and flaking? If so, Hicksville Podiatry is here to help! We support those in the Hicksville, New York, areas and surrounding areas, providing minimally-invasive and non-invasive treatments to help people achieve a more active, mobile, and healthy lifestyle. Learn more about how we can help you address your toenail fungus by scheduling an appointment with us today!